Chef PV is a culinary thought leader, transforming what we eat and what we think about what we eat. His is a platform of sustainability, Entomophagy and social and political awareness. As a Full-Spectrum Chef, and progressive voice in the food industry, PV is making profound change more digestible and delicious for everyone. Chef PV recently relocated to Texas from New York City, developing a farm that will serve as an educational facility and retreat center. 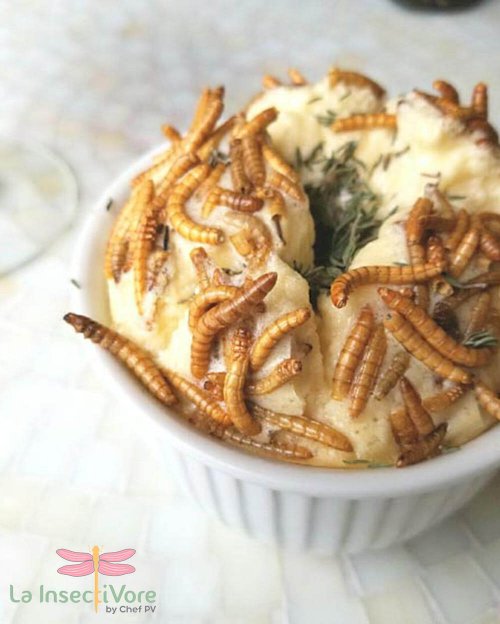 1. Preheat oven to 350°F/176°C. In a saucepan melt the butter, add the flour, and stir on medium heat for a minute. Add the milk, gradually while stirring to avoid lumps. Season to taste with salt and pepper, and stir the sauce until sauce thickens. Remove saucepan from heat and mix in the cheese until melted.

3. Butter the ramekins then fill a little more than a third of the way with mealworm macaroni pasta, Fill the ramekins to almost full with cheese sauce then top with mealworms. Place ramekins on a baking sheet and bake souffles on the middle rack for 15 – 20 minutes until the surface becomes golden. Serve immediately.

How Do You Start Eating Bugs?
Step-by-step to get you started when you don't know where to start with edible insects 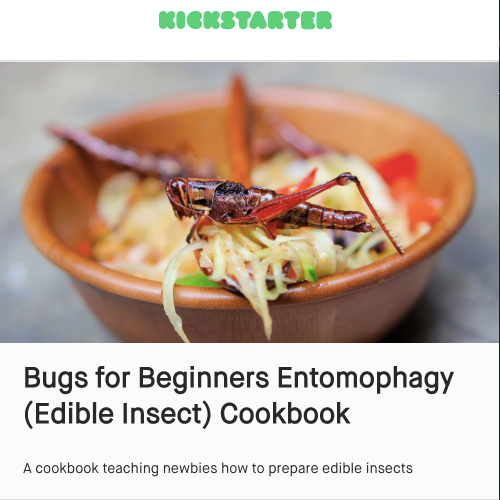